Performing a mix of folk, blues and bluegrass, Late Bloomers are Cathy Frank and Gerda Pickin. Singing in close harmony and playing guitar, banjo and concertina, they bring a wealth of experience and passion to their performances.

Gerda and Cathy have been singing and playing solo and in various bands for over 40 years, in concerts, festivals and folk clubs.  They formed two thirds of a trio for 12 years, but in early 2013 became the duo Late Bloomers.  They have expanded their repertoire, keeping the concentration on tight arrangements and close harmony for which they are known. 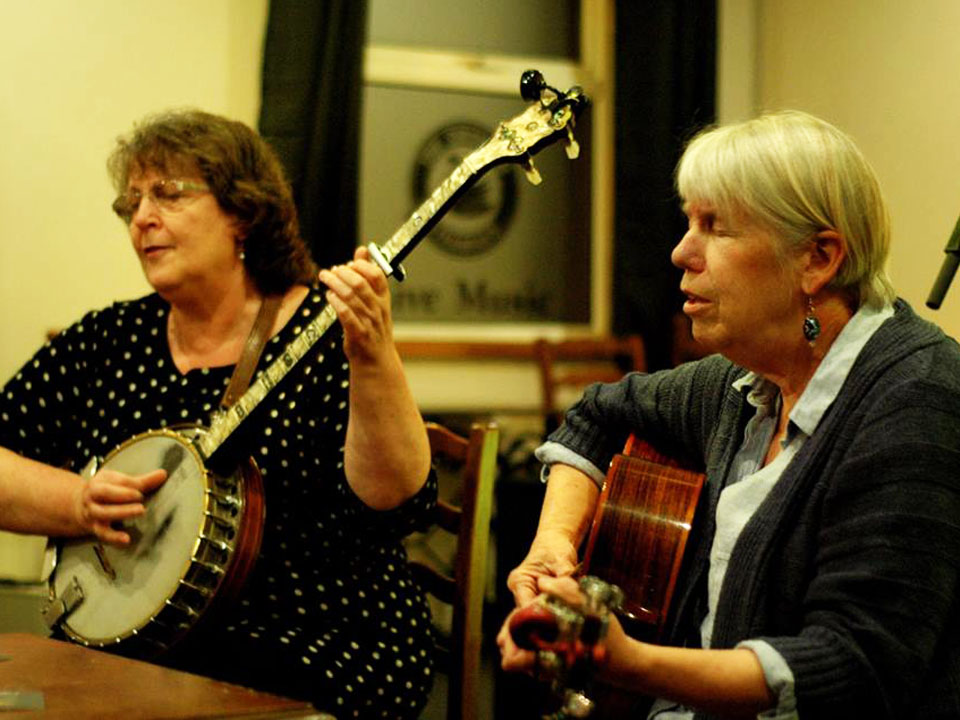 Watch us on You Tube:

Lay this Body Down